Even before he came to the throne he wrote some of the works. His two dramas in Telugu are Ramayanamand Vigneswara Kalyanam. Even though Bava sahib was ill, he took personal command of the army and guarded the fort and supervised the defence work standing on the ramparts and directed devastating cannonade against the invaders which made them retreat to Trichy. After the death of Ekoji his brave and heroic Queen, Sujan Bai Sahib took over the control of the kingdom and placed herself on the throne of her husband and ruled over Thanjavur territory as a sole and independent ruling Queen, since Ekoji left no male heir to succeed him. The rule of Sujan Bai lasted for a couple of years and after her death, the people of Thanjavur unanimously choose Maharajah Pratap singh, the second son of Maharajah Tukkoji in pretender to succeed to the state. 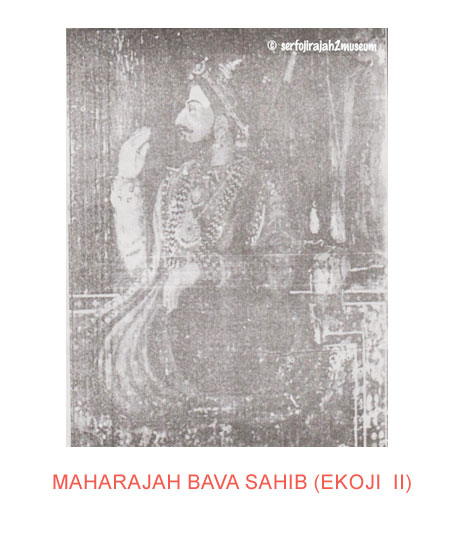 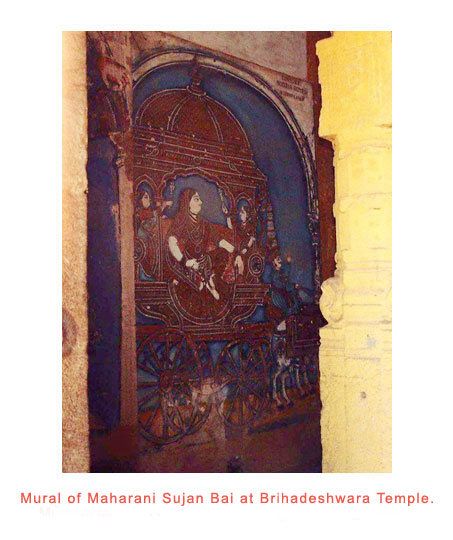